Artificial intelligence-powered active noise cancellation (ANC) is one of the hottest trends this year in headphones. Brands big and small are fighting to build the best algorithms that listen to the world around you and filter noise out.

A new pair of headphones called Mobi have risen to the top of the pack. They combine an AI algorithm with hybrid ANC technology for the smartest and most comprehensive noise cancellation ever in true wireless audio.

We’re talking 360˚ full-frequency noise cancellation across the spectrum, from nearby air conditioners to distant construction and clanging dishes to deep engine rumbles. It’s the closest you’ll get to complete audio immersion outside a sound-proofed studio. And this is coming from TRUE WIRELESS EARBUDS.

Mobi are currently in the pre-order phase, which means you can get a pair for over 60% off IF you manage to get in before they’re gone.

Below, we’ll explain just how these next-gen earbuds work and why you’re going to want to get a pair. If you understand headphones, you know that hybrid ANC is the best-quality noise canceling you can get.

Hybrid ANC combines the two common types of ANC, feedforward and feedback, for a much more comprehensive sound capture.

Here’s a quick recap if you don’t remember this lesson in headphone school:

Hybrid ANC headphones have both a feedforward and a feedback mic. The first catches noise from your surroundings. The second listens to your music from inside the earbud, canceling noise that the ANC didn’t detect from the feedforward mic alone.

The result is a one-two punch to unwanted noise. This setup increases the range of cancellable frequencies and corrects any missed noises before they reach your ears.

Now, back to Mobi.

Mobi takes this hybrid setup and injects it with rocket fuel.

Mobi’s next-gen hybrid ANC adds ANOTHER feedforward mic to the mix for a total of three mics per earbud. And, it replaces the standard hybrid ANC program with an artificial intelligence algorithm that can recognize the difference between over 6000 sounds.

In a nutshell, Mobi earbuds have the most advanced ANC of any true wireless headphones. The two feedforward mics create a 360˚ noise capture field around you. When combined with the feedback mic, the ANC can cancel the full range of audio frequencies.

When you put them on, you feel like you teleport to a sound-proof studio.

As you listen, the AI listens with you. It picks up on every little sound coming from your environment, the earbud itself, and your ear. It can even detect air pressure changes in your ear canal to cancel the sounds of the earbuds shifting in your ear.

The ANC experience with Mobi is truly one of a kind. If you dream of existing in your own world of music but don’t want to wander the streets with big over-ear headphones, Mobi is the answer. The fun doesn’t stop there. With a tap to an earbud, you can activate another ANC feature called Transparency Mode.

In this mode, the AI will sort ambient sounds based on its 6000+ sound database and filter through the ones you need to hear. For example, if an ambulance is approaching, Mobi’s AI will allow that sound to pass through the speakers to your ears. All other sounds will remain canceled.

This is particularly helpful to those who don’t want to be completely oblivious to their surroundings, such as bikers, joggers, and people who walk in busy areas. Mobi’s AI will keep you safe and aware without sacrificing audio quality.

The AI will allow a restricted number of sounds to pass through, including sirens, alarms, voices speaking to you, and digital assistants like Google Home and Alexa.

If you don’t want to be interrupted, you can always turn Transparency Mode off without affecting the Hybrid Mode (you can also turn both off for normal listening). Of course, there are some exceptions once you get above 40mm. But for true wireless audio, the rule holds.

Most earbuds have drivers between 4-8mm in diameter. Mobi’s oversized earbuds are a fat 12mm.

12mm is huuuuge for earbuds! That explains why Mobi’s earbuds look a bit portly. But the slightly chunkier look is worth it for the bigger sound.

12mm of sound channeled directly into your ear canal makes you feel like your music is all around you. The frequency range is greatly enhanced by the increased driver size, so you can hear more nuanced tones across the spectrum. This includes bass, which for the first time ever in a pair of earbuds, you can feel thumping in your belly.

When Mobi’s over-ear headphone sound is combined with its full-frequency ANC, the result is mesmerizing. With a tap, the sound around you clicks off like a light. As your music starts to play, you feel like your life has a soundtrack. Mobi are made to deliver pristine sound in any environment, and they can take you to almost any place on the planet. With an IPX6 waterproof rating, Mobi can withstand sustained, strong water jets. This means they can handle wind and rain of any kind—from showers to hurricanes—as well as sweat and humidity.

Mobi are also sealed and reinforced to protect against dust and shock. You can throw them in your bag and take them around the world—from the beach to the mountains. And, you can use them during intense workouts without worry that they’ll break or fall out. You can listen to Mobi for 3 hours a day for an entire month without having to think about plugging them in. That’s longer than any other pair of earbuds.

Mobi’s 100-hour battery life includes 10 hours of continuous playback per charge and an additional 90 hours in the carrying case.

For a pair of earbuds that can last a double marathon…every day for two weeks…Mobi are worth the price for the battery power alone. Even better, you’ll still get up to 8 hours of playback with Hybrid ANC Mode active thanks to the power-saving AI.

When it’s time to charge, the earbuds will charge back to 6 hours of playback after just 15 minutes in the charging case. The carrying case charges up to 100 hours in just 2 hours via type-C fast charging or Qi wireless charging. Mobi’s hybrid features do double-time when you’re chatting with friends or taking care of business over the phone.

Mobi has two feedforward mics, and when you’re calling, these act as QUAD-beamforming mics for clearer, more accurate voice transmission than ever.

And it doesn’t stop there. Mobi’s AI recognizes your body position and movements to isolate your voice and cancel ambient noise. This means you can take conference calls while on the treadmill at a crowded gym and your colleagues won’t suspect a thing.

Possibly the best thing about Mobi is that they’re a no-brainer buy. At a pre-order price of just $65, these headphones are ridiculously cheap. Mobi just launched on Kickstarter, and they’re not running a big ad campaign, so they’re able to keep costs low (for their early birds, at least). But don’t expect this price to last, especially if the demand is as high as we think it will be.

Don’t miss your chance to get a pair of Mobi while they’re priced obnoxiously low. Go to the Kickstarter page and back the project here. There’s a 30-day money-back guarantee, so there’s no risk! 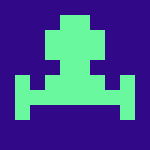