OneOdio came out with their Fusion A70 Wireless Headphones. They offer a full sound without the full price. In fact, looking at the price, which reaches as low as $44.99, one quickly assumes, if not the worst, then mediocrity at the very best. OneOdio did away with any of these expectations, at a price that I don’t think anyone can beat. Let’s dive into the A70’s.

We’re dealing with a fairly normal beast as far as driver and impedance are concerned. Once we start talking charge though, it gets crazy. It charges in about three hours, after which you get up to 48 hours of talk time, and up to 50 hours of music via Bluetooth. One could listen for days on end, though for health’s sake I highly recommend you don’t. It’d be hard to find something that beats this battery life for this price.

Another cool feature of these puppies is Bluetooth music sharing. With this feature, one set of headphones can be connected to Bluetooth, after which one would daisy-chain either the 3.5mm or the 6.35mm to another set of A70’s, allowing for two people to enjoy the experience simultaneously. Though it requires two of the same headphones, this is still a pretty cool feature.

The hardware rests in a shiny black shell. I personally don’t like the shiny stuff, but these are pretty sharp. Listening on these for review, I have yet to adjust them for more comfort – these are a user-friendly pair of headphones that you won’t fatigue from easily. They use memory foam in their production of the ear cups, making for a supremely comfortable experience. Along with the flexibility that they have to offer (as shown below), it makes them ideal for travelers. For the price, I was pretty surprised at how wide the stereo field was. Not just that, but the spatial positioning was thorough, and there was rarely a time when I could not receive something through the mix. It also had good depth which allowed the songs to build and release with suspense. As far as frequency distribution, I was quick to note the lack of balance, which I will explain further.

By far the strongest offering from the A70’s. OneOdio boasts Extra Bass with this pair of headphones, and that was apparent. The focus of the response seemed to be primarily in the subs, providing an edge of power to the range, but it sacrifices the body of it, some times getting a little too wild, soon affecting the other facets of the song. For my bass-fiends, this is ideal. For me, I noticed that it really just held precedent over the rest of the music, and though the response itself was pleasant – even enjoyable at times – it would affect fundamental parts of the songs in a way that was distracting. I was feeling it for the most part though.

In the pecking order, the mids would come second. As stated previously, these boast Extra Bass, and from the sound of it, Extra Mid as well. Particularly, the low-mids. This was confirmed by the frequency response chart. The problem with making boosts like these in such a broad way is that the ranges that you boost grab the focus of the song. Therefore, a lot of this experience was feeling – I could feel MF DOOM rapping thanks to the low-mids, but I couldn’t really hear him too well, or tell what he was saying at times, due to the lack of the high-mids that would really push the sound into focus.

They lack response in the upper highs where we would get a more open sound, with better clarity. Due to this, we get a pretty flat sounding range in the highs. They reside within a field that lacks brightness as well, so there isn’t much engagement here  – especially during busy songs. At times where they did show through, they carried a sharpness, but without any clarity or brightness that would have made songs more enjoyable. Still they would somehow deliver a nice performance that was satisfying to my ears. My job allows me to try out the best headphones in the world. That’s fun and all, but I must admit, there is nothing more exciting than when a cheaper pair of headphones land on my desk and they end up sounding great. Today was one of those days. I did my best to be unassuming upon receiving the OneOdio A70’s for review, but I’ll be honest with you, I didn’t think they’d be much. I was very much wrong.

This sound, for this price, can not be beat. Though these have that bittersweet Extra Bass and midrange, I found myself enjoying just about every minute on these. Every genre I listened to – Rap, Rock, Jazz, Folk, Metal – was a very fun experience to take on. I was never tired of them either, and I kept coming back for more to see what they would do. Yes the A70’s have their flaws, but for $44.99, I could forget those flaws, and I think you would too.

I would highly recommend these to the average listener, especially if you travel a lot, and even more if you love bass-heavy headphones. These handle that range very well, and I could see genres such as EDM and Hip Hop being very entertaining. You may not be getting the very best, but you are definitely getting more than what you pay for with the OneOdio Fusion A70 headphones.

OneOdio Fusion A70 is available at OneOdio.com.

HeadphoneDungeon may get a commission from retail offers. 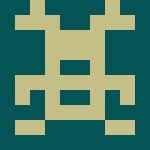