SkullCandy is an undeniable presence in the world of headphones and the Jib Earbuds are their lowest cost entry into the world of true wireless earbuds. They are priced at a mere $29.99 so you can’t help but wonder what a thirty dollar set of earbuds can offer. SkullCandy makes their case that they can offer quite a lot.

That low price of thirty dollars gets you the SkullCandy Jibs, three pairs of rubber tips (small, medium, and large), the charging pod, the necessary cables, and a two year warranty. Not bad for the price of lunch for two. Their basic design is nothing to write home about. The Jibs have a straightforward earbud design, featuring a blocky body that contain control buttons adorned with the endearingly edgy SkullCandy logo. They are mounted into your ears through switchable rubber tips that come in three different sizes. While the design is simple, they do offer an eye popping alternative to the basic black pair featuring a bold blue color with red and yellow highlights. If you’re looking to stand out or accessorize a slick fit, these definitely have some pop and flash to them. Speaking of fits, they are quite comfortable. The modular rubber tips allow them to fit in almost any ear without any discomfort and it’s easy to forget they are there. Their body, if not very exciting, slips into the folds of your ear in an ergonomic way that ensures a secure fit that is not liable to wiggle or fall out. I would normally expect some additional structure to prevent dislodging before I recommend a pair of earbuds for working out, but these really feel like they could handle any movement you could throw at them. SkullCandy’s biggest departure from typical wireless earbud design is the use of buttons instead of a touch sensitive surface. This decision has some pros and cons. I appreciate the ability to adjust my earbuds without accidentally issuing a command. No one likes to give their buds a little wiggle and get a massive volume spike. On the other hand, issuing a command requires exerting enough pressure to push the button, which is meanwhile exerting pressure into the side of your head and inside of your ears. Pressing the buttons doesn’t require much force but it’s noticeable and I could see it being uncomfortable for some people. Other than that the Jibs follow common bluetooth earbud design principles. It’s a straightforward process to pair them with any device, they feature smart controls that change whether you’re listening to music or in a phone call, they can be used as a solo bud rather than a pair. Their IPX4 waterproof further solidifies their niche as a pair of workout earbuds and each bud has a microphone that improves phone call clarity.

The Jib doesn’t offer anything exciting with its bluetooth capabilities. As a modern bluetooth device they are on Bluetooth 5 and use standard codecs. Their range is on the lower side. I couldn’t travel as far from my device as I could with most earbuds. Connection issues would start to present themselves at 25-30 feet.

The SkullCandy Jib boasts 22 hours of total battery life. The earbuds themselves can last up to six while there are sixteen additional hours in the charging case.

The Jibs’s really show their value when it comes to sound quality. The soundstage is far more than I would expect for a pair of thirty dollar earbuds. Their strong stereo imaging and attention for detail gave me a pleasant surprise at the quality of the soundstage.

Boasting booming and defined lows that are superior to most earbuds I listen through, the Jibs really make the low end their domain and a further argument for their use as a work out pair. The ability to deliver a pounding bassline can make the difference between a good and bad run and there’s a lot of candy here in the low end.

The Jibs seem to eschew the lower mids in favor of the upper mid range (and further up on top as well). While it can feel a bit lacking when listening to guitar driven music, it makes sense. The strong low end might otherwise muddy up the mix if the lower mids were pushed equally as hard. The definition in the upper mids makes up for it, giving the Jibs good detail.

Once again, the Jib outperforms earbuds from higher price ranges with pleasantly extended highs. Cymbals are crisp and female vocalists pop. The high end bordered on harsh here and there but only rarely. At thirty dollars the SkullCandy Jib offers a lot of bang for your buck. While it won’t hold its own against the big dollar big leagues, they offer better sound quality than many of their low priced peers. On top of that they are quite comfortable and secure, making them excellent on the go. At a price like this, there won’t be a lot of room for regret if you add these to your collection. 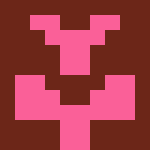