Today we bring you a Headphone Dungeon exclusive! Kinera is a Chinese audio company with only a handful of products, but a whole lot of quality. Their flagship is the $799 Odin IEM, but they make several cheaper models that pack a surprising sonic punch.

The company first won me over with the SIF (a $37 IEM with great bass) and the IDUN ($150 IEM with an incredible midrange), but today we’ve got something totally new from Kinera. Following the bang-for-your-buck footsteps of its predecessors, the Kinera TYR is a standard-build earbud going for under $30. This is “probably the tiniest and most affordable IEM we ever made” according to Kinera, which is saying something.

My hopes are high for the TYR. Will it earn a seat of respect at the budget-friendly table along with the SIF and IDUN? Or will it be another forgotten stepchild like the SEED? Let’s find out. Unlike the SIF or SEED, the TYR is a straight-up earbud. No detachable cable, no wrap-around wire, no curved oval shape. Instead we have two metallic-looking canisters (pretty sure they’re plastic) with a splash of red to differentiate the right side. The wire includes a microphone, which is a first for Kinera. While this detail does make the TYR seem more consumer-oriented than audiophile-oriented, I’m not complaining. 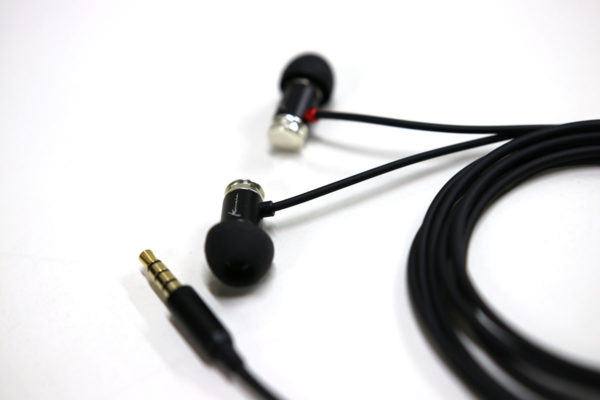 The fit is on the looser side compared to your average  earbuds. Even after switching to the biggest tips provided, the grip felt soft. They didn’t fall out on me as I sat and listened, but still too loose to withstand anything more than a quick ‘catch-the-train’ type jog.

Otherwise, nothing wrong with the headphones physically. They look reminiscent of Final Audio’s E-Series, albeit chunkier and plastic instead of metal. Now onto the sound. The TYR comes packing with the low end. The emphasis feels like it sits in the upper end of the low range instead of the ultra-lows. This means that drums and bass guitars get an extra burst of thickness, but the sub-bass information stays relatively neutral. Overall the bass provides a fair amount of grip and speed in the response. Very impressive for the price point. Not too punchy, but warm and well-defined. The low-mids ride the boost applied to the upper-lows, but the middle of the spectrum sounds even-tempered. Then another boost comes in slightly above the typical vocal range, providing a slight sizzle (but thankfully none of the sibilance that hampered the SIF). So this means that thick rockin’ arrangements come in just as they should: thick and rockin’. But the vocals tend to sit back a little compared to the rest of the midrange. The upper-mid boost instead brings out the lower edge of cymbal and synth sounds.

This makes for a pretty engaging midrange overall, with some space surrounding the vocals. The horizontal separation within the midrange is pretty sweet too, with decent depth in the mix.

Sometimes this tuning works against itself, however. Certain genres don’t take the lower-mid boost well, like folk or classical. And the upper-midrange can feel a grating after some extended listening. The ultra-highs feel rolled off, but there’s just enough to keep things crispy. There’s some slight distortion present in this range, so maybe too crispy for some. But I liked it. The high-end felt akin to an old tube amp; dirty in all the right places. But those looking for crystalline fidelity in the upper register will be disappointed. But also, those people shouldn’t be looking at earbuds for this price anyway. Is the TYR the perfect cheap earbud? No, but I think you’d be hard-pressed to find a better one at this price. It’s got warmth, character, and a pretty good soundstage all things considered. You could probably find a better earbud for $50, but at half the price, the TYR is a strong contender. Just like the SIF and IDUN before it. They’re not neutral, and they’re not perfect. But they’re not expensive either. Or boring! Kinera continues to deliver the goods, and well under budget.

Pros- GREAT sound for the price

Pick one up at Audio46