T+A is a world-renowned maker of top-quality HiFi audio equipment. Their signature Solitaire P headphones innovated technologically, won a slew of awards, and became a go-to for many hardcore audiophiles. Recently, T+A has released its successor, the Solitaire P-SE which uses a near-identical planar magnetic design, without the prohibitive price tag of the Solitaire P. At $3900, a pair of SEs is still a steep investment but might prove to be a more accessible option for people looking to experience T+A’s superb quality. T+A’s goal is functionality above all else, but that doesn’t mean they sacrifice anything in terms of aesthetics. The design is intentionally minimal and straight to the point, and they look amazing and have an air of purpose about them. You can tell that every piece was designed and crafted with microscopic precision to work symbiotically with each other. I wore these for hours and never felt a need to take them off; these are easily some of the most comfortable headphones I have worn.

Even at the lower price point, T+A still puts the utmost priority on craftsmanship and attention to detail into these headphones. The TPM 3100 transducer, the signature technological innovation of the Solitaire P, makes its return in the form of the SE’s TPM 2500. The 2500 makes use of high-performance neodymium magnets, which lead the magnetic field along a homogenous course and prevent airflow from interfering with the diaphragm.

The Solitaire P has a frequency response of 8 Hz – 45 kHz and an impedance of 45 Ohms. The SE’s soundstage is characterized by its abundant depth and complexity. Mixes come to life and feel three-dimensional, yet so natural that I rarely felt a break in my immersion. This clarity falters slightly at the extremes of the dynamic range, but that’s to be expected from any headphone and the Solitaires have a much higher breaking point than most other headphone brands. While it feels slightly less complex than the soundstage of the Solitaire P, the SEs still present an incredibly impressive and immersive listening experience.

The lows on the SEs hit in just the right spot for me. They have presence yet never feel artificial or imposing. The lows support and enhance every mix they’re in, while still taking center stage when the mix calls for it. So many headphones I’ve listened to boost the lows in order to create a false sense of depth, but the Solitaires never need to make this compromise and achieve far greater depth through sheer sound quality.

The mids on the SEs feel studio-accurate and bring out the best in both the lows and highs. Oftentimes, the midrange can make or break the overall clarity of a mix, and T+A approached this with great care. In the best way possible, nothing in the mids stuck out to me, in line with T+A’s vision of preserving the mix as accurately as possible.

It’s remarkable what quality highs can add to the sound of a mix. The SE has beautiful highs that add so much to the sense of space and crispness in everything I listened to. While I did hear slightly more harshness than with the Solitaire P, both are still superbly clear without feeling imposing. The Solitaire P-SE provides a surreal listening experience that is worthy of its lofty price tag. It’s one thing for a headphone to bring out the best in a mix, and another to faithfully recreate a mix; the Solitaire P-SE does both effortlessly. While it lacks some of the depth of its predecessor, both headphones are fantastic options at vastly different price points. I’m excited to see T+A’s future endeavors and innovations in HiFi audio technology.

You can buy the Solitaire P-SE at Audio46 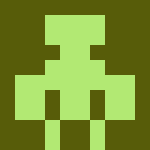