The HP Reverb G2 will be made in partnership with Valve. It’s an anticipated follow-up to last year’s Reverb headset, and promises to usher in the next generation of VR. So far, all we’ve been given is a 14-second teaser video for the product. A surprising amount can be gleaned from the details.

What Do We Know So Far?

For now, we don’t really know anything. That can be tough to admit, but it’s an important life lesson. HP’s teaser video for the Reverb G2 and a short statement from the company provide some clues. A representative told Road to VR that “Valve, Microsoft, and HP are bringing a more immersive, comfortable, and compatible VR experience.”

Images from the video indicate at least two tracking cameras and off-ear speakers. Off-ear speakers are a signature of the Valve Index headset and promise extremely accurate audio imaging for VR. It is expected the new Reverb G2 will match the original Reverb in using Microsoft’s Windows MR tracking. That software has been around since 2017, and has faced harsh criticism. The Next Generation of VR mentioned in the teaser video gives hope that Windows MR will be upgraded. HP’s first Reverb model was at the top of its class in comfort and screen resolution. That headset just came out last Summer, and is on the market for $599. With the Valve Index coming in at $1000, and Facebook’s Oculus Rift S sitting at a calm $400, this new collaboration from HP and Valve could be a super high-end, amazing sounding option right in the middle of those price points.

The HP Reverb G2 will be Valve’s first headset collaboration since the HTC Vive in 2016. No specs, release date, price, or even a comprehensive picture have been delivered yet. All we can do is sit, eagerly awaiting the future. Make sure to keep tabs on us here at Headphone Dungeon for all of the latest news and updates! 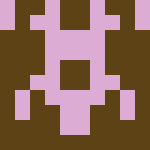